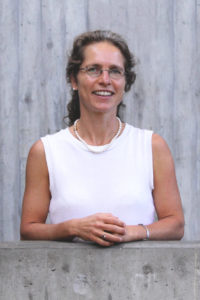 Prof. Baeumner is the Director of the Institute of Analytical Chemistry, Chemo- and Biosensors at the University of Regensburg. Prior to returning to Germany, she was Professor and Director of Graduate Studies in the Dept. of Biological and Environmental Engineering at Cornell University in Ithaca, NY, USA. Her research is focused on the development of biosensors and microTotal Analysis Systems for the detection of pathogens and toxins in food, the environment and for clinical diagnostics. Her research includes the development of novel nanomaterials such as liposomes, nanofibers and nanoparticles, microfluidic biosensors, sample preparation strategies, and point-of-care devices. She has published over 105 papers in high ranking analytical journals, has been awarded 7 patents and has received funding of over 7 million US$ supporting her own research activities. She has chaired the Gordon Research Conference (GRC) on Bioanalytical Sensors in 2010 and is elected co-chair for the GRC on Nanoscale Science and Engineering for Agricultural and Food Systems in 2020. She has also organized and chaired the international biosensor conference BBMEC in 2001 and 2015. She has received numerous awards for her research including being a finalist of the Blavatnik Award, senior fellow of the Alexander-von-Humboldt Foundation, Mercator Professor of the German Science Foundation and numerous teaching awards. 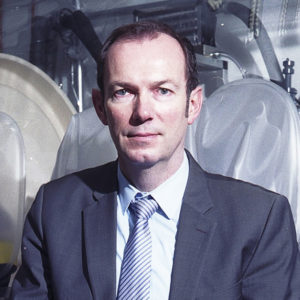 Markus Fischer has been Director of the Institute of Food Chemistry, University of Hamburg, since 2006. Within the University of Hamburg, he founded the Hamburg School of Food Science (HSFS) in 2011. He is actively involved in promoting young scientists and was a member of the board of the Lebensmittelchemische Gesellschaft (LChG) for many years, where he was responsible for university teaching as chairman. He is in close contact with the American FDA (Food and Drug Administration) to enable his students in the very nationally oriented profession of food chemist to spend time abroad. Much of his applied research is funded by the Research Association of the German Food Industry (FEI) in cooperation with the AiF/BMWI (German Federation of Industrial Research Associations/Federal Ministry of Economic Affairs and Energy) and the BLE/BMEL (Federal Office for Agriculture and Food/Federal Ministry of Food and Agriculture). He has been spokesperson of the Competence Network Food Profiling (CNFP) since 2016. Since 2019, he has been Vice President of the International Association of Environmental Analytical Chemistry (IAEAC). Since 2019, Markus Fischer has also been the spokesperson for the natural science part (Artefact Profiling) of the Cluster of Excellence “Understanding Written Artefacts” at the University of Hamburg. In addition, Prof. Fischer has been deputy head of the Department of Chemistry at the University of Hamburg since 2020. In addition to his official duties, Prof. Fischer is a member of numerous scientific advisory boards, such as the Food Federation Germany, Berlin; the Federal Institute for Risk Assessment (BfR), Berlin or the Research Association of the German Food Industry (FEI), Bonn. Markus Fischer co-chaired ISEAC38 in Lausanne (2014) together with Chairman Felippe de Alencastro and chaired ISEAC39 in Hamburg (2016) together with Co-Chairman Jose Broekaert. 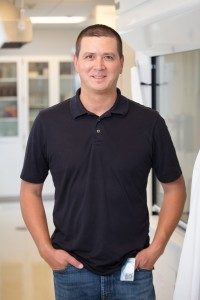 Sam Nugen is the Associate Professor of Food and Biosystems Engineering in Cornell University’s Department of Food Science. His research group investigates novel methods to separate and detect pathogens from complex matrices such as food and environmental samples and the use of bacteriophages for food and water safety. Professor Nugen received his B.S. in Animal Science from the University of Vermont and his M.S. in Food Science from Cornell University. He then joined Kraft Foods as a Research Engineer where worked on process engineering for new products. After several years, Dr. Nugen returned to Cornell for his doctorate and post doctorate work in the departments of Food Science and Biological Engineering, respectively. Prior to his current position at Cornell University, Professor Nugen was an associate Professor at the University of Massachusetts, Amherst. He has received the Future Leaders Award from the International Life Sciences Institute and the Trailblazer award from the NIH 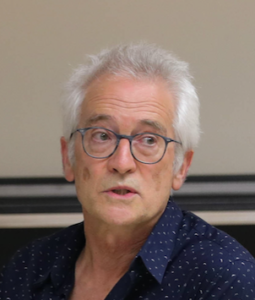 Luiz F. de Alencastro was till 2018 the director of the Central Environmental Laboratory, a research and service lab dedicated to environmental analysis and molecular biology. With regards to his competences in the field of environmental pollution, his expertise includes the development of analytical methods for the analysis of trace organic contaminants, (especially pesticides, halogenated compounds, personal care products, pharmaceuticals), passive sampling, microplastics, and set-up of laboratories and training.

He has more than 30 years of experience as a researcher and university teacher. An important part of his work is oriented toward the development